Aviation has come a long way to get to where it is today: over the last century, countless test flights, thousands of projects and endless research by experts in the field have pushed the evolution of aeronautical technologies and aerospace.

Read on to find out how the aviation industry, materials and production methods have changed to create a better, safer and more efficient flight experience.

The history of human kind is filled with genius minds who have studied flight; from the ancient Greeks – with the myths of Icarus – to Leonardo with his incredible inventions, man’s desire to fly has very ancient roots.

However, it was only in 1857 that Félix du Temple de la Croix, a French navy officer, received a patent for a flying machine. In 1874, Félix succeeded in developing a steam monoplane capable of flying short distances that took off from a special launch pad.

In 1903, the Wright brothers made the first controlled, motorized and sustained flight near Kitty Hawk, North Carolina. The Wright Flyer featured a lightweight aluminum engine, a wood and steel frame, and a warp wing made of fabric.

Only 12 years later, in 1915, the first all-metal airplane (Junkers J1) built by Hugo Junkers took off. Previously, airplane experts believed that aircraft could only fly with lightweight materials such as wood, struts, tension wires, and canvas. Junkers thought otherwise and believed that heavier materials such as metal were needed to transport passengers and cargo.

The golden age of aviation

The 1920s made aircraft designers to focus heavily on performance. Innovators such as Howard Hughes found that monoplanes were more aerodynamic than biplanes and that frames made from aluminum alloys were able to withstand extraordinary pressure and strain.

Due to its lightweight properties, aluminum has also found its way into the aircraft’s internal fittings reducing weight and allowing for a more fuel efficient design.

The arrival of plastic

In the 1930s the use of wood became obsolete and all-metal aircraft were produced. Imperial Airways, known today as British Airways, made a great deal of progress in the air travel industry at the time, but this new form of transportation came to a notable halt with the advent of war.

Aerospace engineers concentrated all their efforts on building aircraft intended for military strategy. The Boeing P-26 “Peashooter” entered service with the United States Army Air Corps as the first all-metal monoplane fighter aircraft. Known for its speed and maneuverability, the small but exuberant P-26 formed the core of the pursuit squadrons in the United States.

During the war there were further and significant advances in the use of materials in the aviation industry. Plastic entered the scene just during World War II and was used in the replacement of metal parts with rubber parts in US planes after Japan limited the metal trade with the United States.

A race to space

Lighter and more fuel efficient: these were the keywords after World War II, when nations turned their attention to the sky and beyond. The space program in the 1960s brought together illustrious minds to solve the seemingly impossible challenge of being the first country to take humans to space and to the moon.

Materials of the future

Plastics continue to lead the future of materials in the aerospace and aviation industries due to its durability and precision. In 2009, the 787-8 Dreamliner became the first aircraft to have wings and fuselage made of carbon fiber plastic. In addition to being lightweight, plastic offered increased safety due to its high impact resistance and its proven ability to withstand chemically harsh environments.

As a reference point for the Italian and European market, CpGrinding Srl offers solutions suitable for all needs for the aerospace sector.

In particular, we deal with the production of valves for the aeronautical sector of maximum precision.

Thanks to our research and development department, we offer a wide range of solutions for components for the aerospace industry, specifically we deal with: 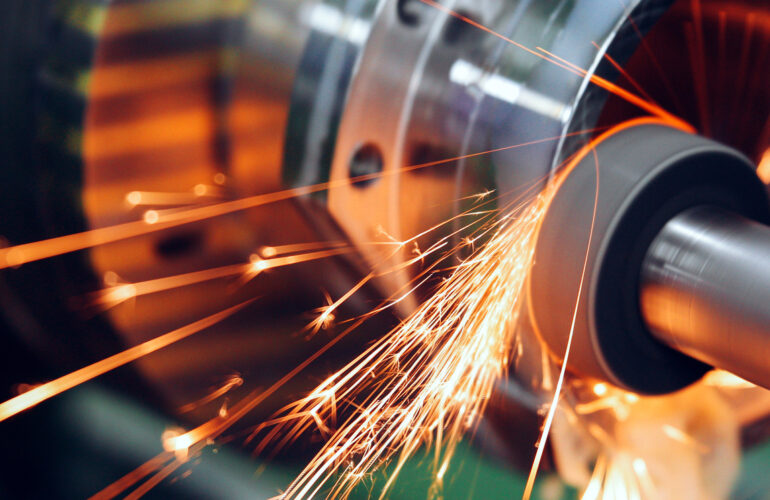 Centreless grinding: what it is and how it works

What is lapping and how it works

Metrology lab: what it is and how it works